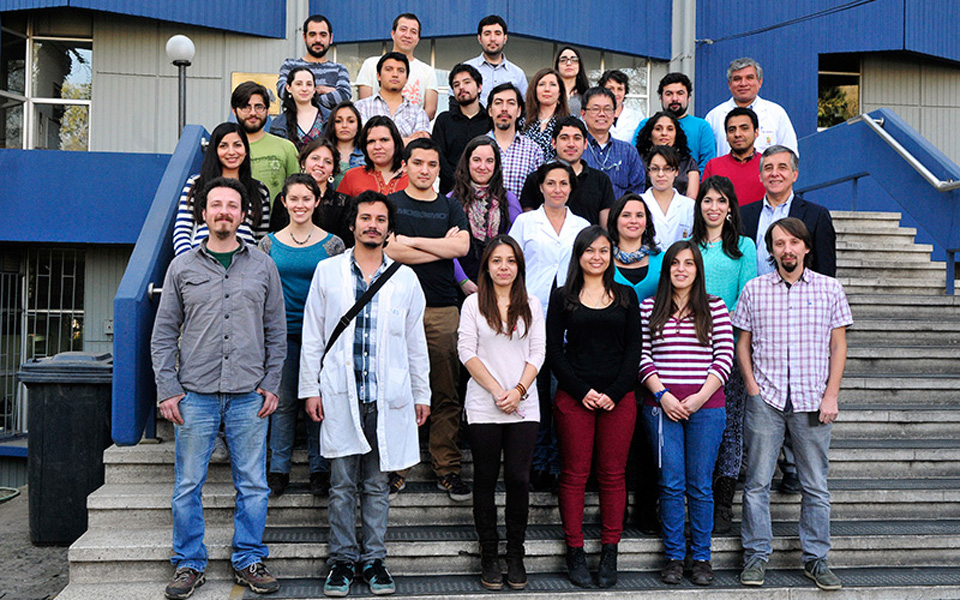 Cardiovascular diseases are the leading cause of death in all developed countries, including Chile. In recent years, it has been suggested that loss of cardiomyocytes due to cell death is an important causative factor in the development of cardiac diseases. However, the mechanism by which cardiomyocytes die and then disappear from the tissue is not clear.

Cardiac signaling pathways leading to cell death as a consequence of different stimuli (osmotic stress) remain poorly understood. However, formation of reactive oxygen species (ROS) has been associated with cell demise. In this case, we have shown that osmotic stress rapidly induces apoptosis in cultured cardiomyocytes and we now hypothetize that signaling pathways activated by osmotic stress induce cardiomyocyte cell death through the formation of ROS. Additionally, we are also investigating the molecular and cellular mechanism of other kinds of cell death such as autophagy and necrosis.

Future developments in this area will require the identification of molecules that protect cardiac cells from cell death. The most promising agents in this respect are growth factors, such as insulin like growth factor-1 (IGF-1) and anti-oxidants. Here again, mechanisms contributing to cardioprotection are not well defined. We propose that cardioprotective agents, such as IGF-1 and anti-oxidants, protect cardiomyocytes from injury due to osmotic stress by reducing signaling through pathways that depend on liberation of ROS.

Biochemistry, molecular biology, and confocal laser scanning microscopy are all used in combination to study these processes.